Academic:
jbeekman@eecs.berkeley.edu
Personal:
Use my first name at my domain name.
Twitter:
@JethroGB

Jethro G. Beekman is working on next-generation cloud computing security at Fortanix. Jethro received his M.S. and Ph.D. degrees in Electrical Engineering and Computer Sciences from the University of California at Berkeley in 2014 and 2016, respectively. Before that, he received his B.Sc. degree in Electrical Engineering from the University of Twente, The Netherlands, in 2011. His current research interests include cloud security, secure enclaves, side-channel countermeasures, as well as network and hardware security.

In my free time I enjoy skiing, rock climbing, cooking and board games. 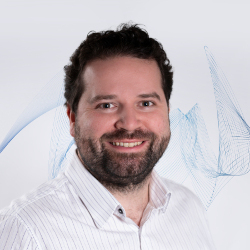 On the recent side-channel attacks on Intel SGX Mar 1, 2017

Side-channel attacks are my favorite attack in computer security because they poke giant holes in the abstraction and security models that system designers are using. … View »

Scripts and utilities to facilitate my bookkeeping.

An implementation of the Lenovo ThinkPad HDD password algorithm.

Namespaces for named synchronization locks in the Rust programming language.